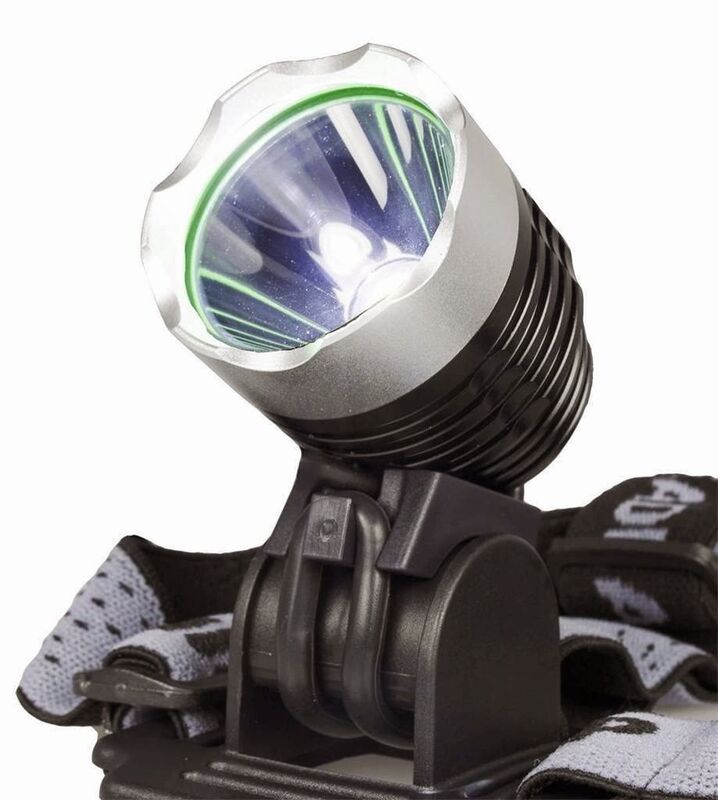 They cost about $20 with a battery (quad 18650s in 2S2P, usually), you can get them from an endless supply of vendors (eBay, Amazon, and plenty of others), and they have a surprisingly tight beam.

But what if you want to run them on ebike pack voltage?

I couldn’t get anyone to give me an answer, so I set out to find out.

Click through to see what I found!  And, if you just care about the answer, it’s “No.”  They’re 8v lights, and by 12-14v, components on the board are smoking.

First, I’ll give a brief review of this light:

Second, I’ll give a slightly longer review of this light:

I picked this light up when searching for a longer range light for my commuter ebike.  The Grin Technologies Cycle Lumenator I have is bright, and has a nice close fill, but it doesn’t have a far enough throw to really feel safe at “20 mph” in the dark.  I wanted something that had a much longer throw, and this was one of the lights I picked up.  It turns out, it’s perfect!  It has a very tight beam, relative to other lights, and in the “dim” mode, it matches the illumination of my Lumenator very, very nicely, while throwing a further beam down the road or trail.  Battery life is excellent, especially on dim, and the thing really helps with my long range visibility when cruising at speed.  I don’t think it’s nearly the rated 2000 lumens, but I have no great way to actually test lights, and it’s bright enough to be a great value for $20 if you want a tight beam to light up the distance.

However, someone else who actually tests bike lights for lumen output has concluded it’s about 600 lumens, with a very tight beam.  This is perfect for my needs, though I can’t say it would work well as an only light.

We must go deeper.

I like pack powered lights.  If I’ve got a huge battery, I want to use it for everything, and not worry about other batteries.  I contacted a few sellers of this light, asking if it had a built in DC-DC converter such that it would work on a range of voltages, and all I got back was, “Use the provided battery pack ONLY!” (phrased in a variety of methods).  *sigh*

So what to do?  Well, how about order a spare light, figure out what’s in it, and test it?  I did just that.

It just showed up, and of course, the first thing I try to do is take it apart.

The bottom mount has a screw under the pad - screws usually lead to things falling apart, right?

It was a nice theory - but, sadly, a wrong one.

My next step in trying to dismantle things is to apply torque to things that look like they could spin relative to another.  Sometimes I find screws, and sometimes I find weak glue, but this often works - and in this case, it absolutely does!  The front screws off the back cleanly!  There’s a nice rubber o-ring around the outside of the case, so the light should be reasonably waterproof.  That I haven’t had any issues with it in the rain backs this theory up.  I might not mount it upside down, but if it’s upright on a bar, it should handle almost any water you can throw at it.  If you really want to waterproof it, throw a bit of silicone where the wire enters it, but that might lead to air pressure issues inside the case.

Pulling the reflector out, the LED and heatsink remain.  The LED has a speck of dirt on it, though. :/

Pulling the LED out, the control circuitry lives behind it.  It’s got an inductor, some chips, some LEDs, and a switch.  This seems entirely reasonable for a buck converter.

Details follow.  It looks like either a legit Cree LED, or a decent forgery.  The silver aluminum bit is a heatsink, and it’s needed - this thing gets HOT in operation! Details of the circuit board follow, and the inductor folds out of the way for better inspection of the board.

Um.  It’s a circuit board.  It appears to be an inductor based buck converter.

A bit of analysis with a scope backs this up.  There’s a very high frequency signal present across the inductor, and with an input voltage of ~7.8v, the LED runs right around 2.9v.

In the “dim” mode, the duty cycle for the LED appears to be roughly 25% - the observed intensity is greater than 25% (I’d say around 50%), but that’s what the voltage looks like across the LED on the dim mode (1v per vertical square).  The “bright” mode is 100% duty cycle, and the LED gets hot, fast!  It’s thermally connected to the chassis for a good reason.  And, yes, I do rock a rather vintage scope.  Did you expect any different?

And now, for the question I really wanted an answer to:  Will it handle pack voltage (~40v)?

Well, it’s a $20 light, and as much as I was tempted to go for the “YOLO!” style of just hooking it up to my pack, I decided to go with the slightly more reasonable method of attaching it to my variable voltage power supply (currently built into the 788+ battery spot welder), and ramping the voltage up to see what happened.

I suppose a more reasonable approach would have been to deeply understand the circuit, but I couldn’t find any information for the ICs, and it’s cheap.  So, up goes the voltage!

From around 3v to 6v, the red “Recharge the batteries!” LED lights.

Above about 7v, the green LED lights, and the unit will power up the main LED.  It’s pulling about half an amp at 8v, give or take (though I don’t exactly trust my power source to be accurate).

Around 12-14v, the magic smoke starts coming off the board. :/  A nice thin stream of a type I’ve not seen in a while.  I was too busy cutting voltage to take pictures - sorry.

Surprisingly enough, the light still works properly after this mild abuse.  But I can say with confidence, it’s not capable of handling more voltage than the battery supplies.  It’s an 8v unit, plus or minus some percent, and don’t you forget it.

If you want to run it on pack voltage, get a DC-DC converter, and go that route.  It won’t handle pack voltage on anything but the provided pack. 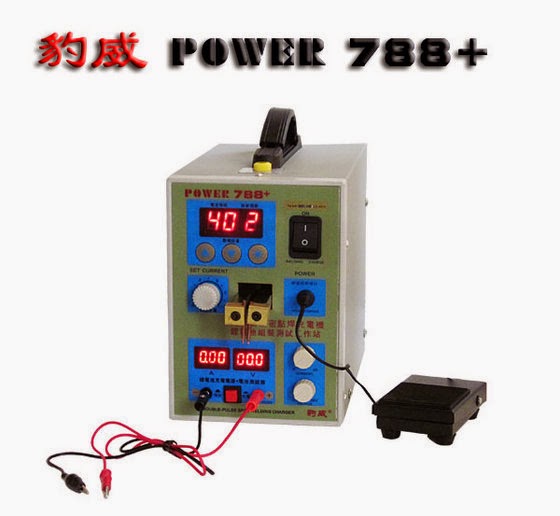 Notes on the Sunkko 788+ Battery Spot Welder from China 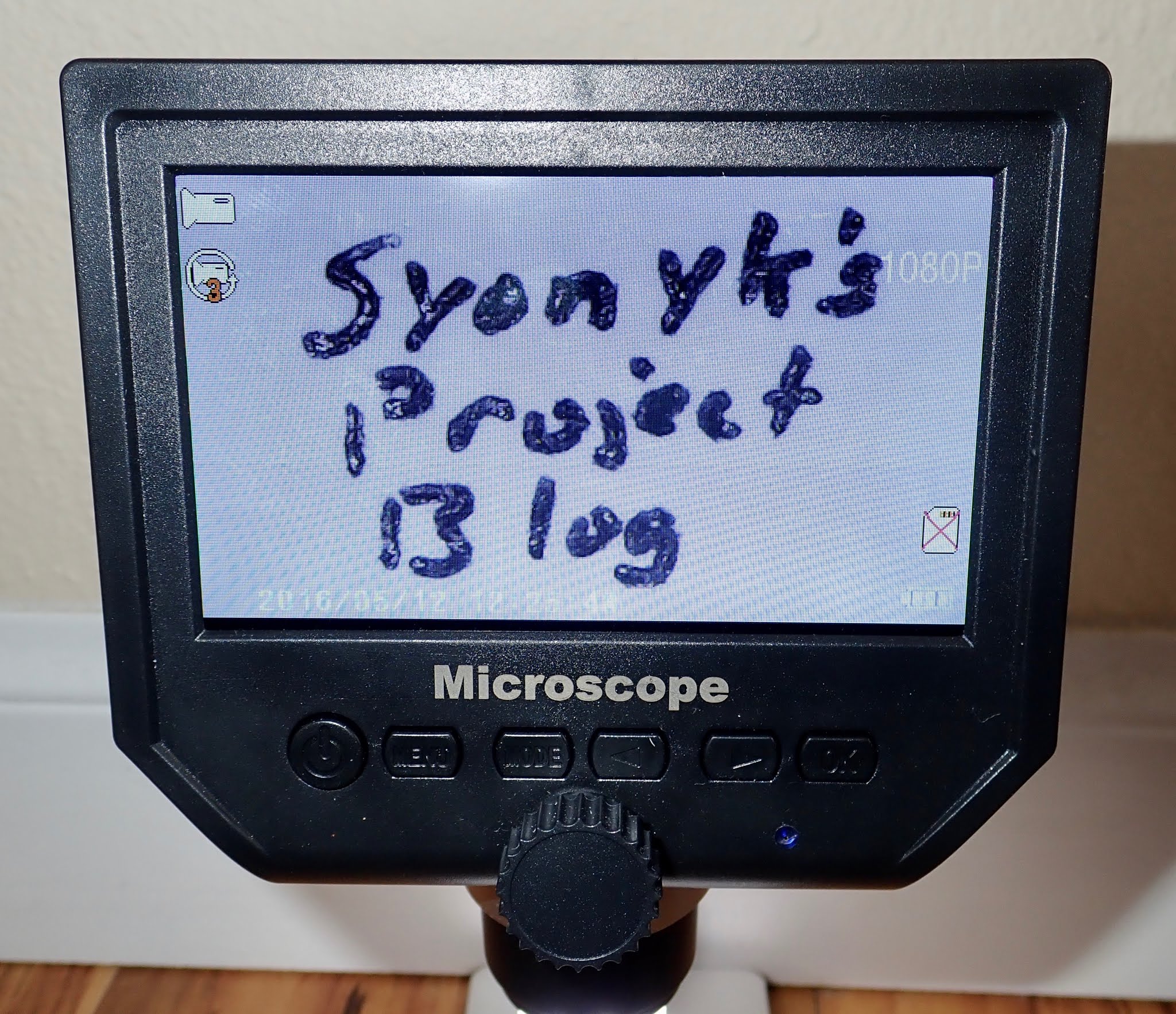