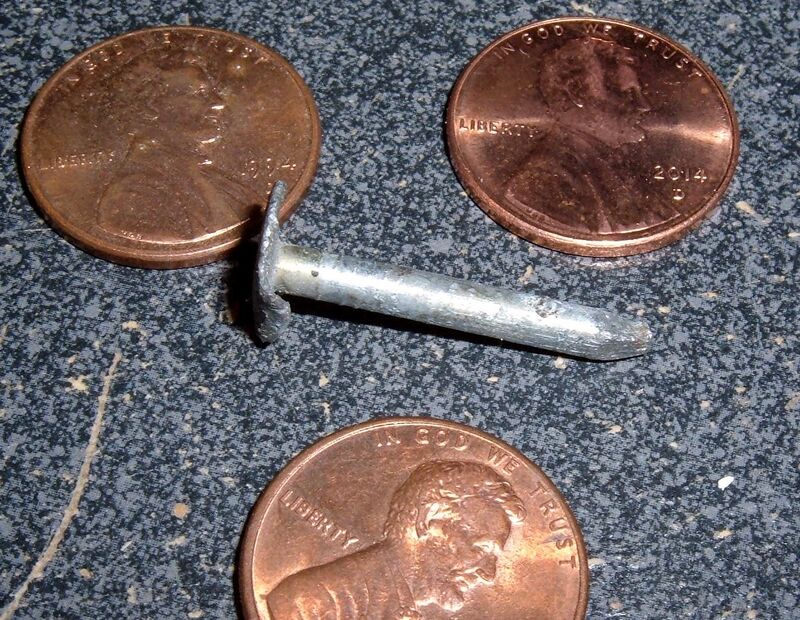 You know what sucks?  Flat tires.  You know what you can almost entirely avoid with a bit of work?  Flat tires.  I’ve developed a solution that lets me ride home with something like this nail run through the wheel and tube (pennies for comparison).  I brought this at least two miles in my wheel, and still made it home on the bike with air in my tires.

I’ve noticed when I discuss tubes and tires with people who ride bicycles recreationally (especially people who think 100 miles is a good Saturday), I’m literally at the opposite side of the spectrum.  The vast majority of them are concerned with low weight, low angular momentum, and often end up running insanely thin tubes that leak - pumping tires daily (or twice daily on a long ride) seems to be regarded as just one of those things you do.

Meanwhile, I’m running incredibly heavy tires with quite heavy tubes, loaded down with slime, and pump them about once every three weeks.  Why?

Simple: I do not like flat tires on my commute.  And there are things like this on the road.

With an electric bike, the performance penalty of having heavy wheels and tires drops significantly.  So, you may as well design it right and avoid flats!

Fixing a Flat on an Electric Bike Sucks!

Changing or patching the tube on any hub motored electric bike is a r_oyal pain in the ass_ compared to a normal bike with quick releases.  At a minimum, there’s wiring to deal with - which may involve zip ties.  Most electric bike hub motors use large nuts to hold them on, and the torque spec can be fairly high.  If it’s a high power motor, there will be torque arms to deal with.  On top of that, electric bikes are usually quite heavy.  So, a side of the road flat repair is going to be difficult, require carrying special tools, and generally take a lot longer than on a standard bike.  It’s better to avoid flats and other wheel issues in the first place.  For less weight than your tool kit, you can make your bike aggressively puncture resistant!

The best way to avoid a flat is with layered protection.  This is my preferred layering.

Your wheel is the most important layer.  A collapsed wheel from broken spokes or a pothole can stop you just as dead as a flat - except it’s almost impossible to repair on the side of the road.  A heavy duty wheel (“touring wheel,” “double walled wheel,” etc) with larger-than-standard spokes is a good investment.  It’s going to hold up to the torque and weight of the motor, and provides a good base for the rest of the layers.  Don’t skimp here.  If your motor vendor offers a heavy duty wheel, it’s likely to be worth it.  They have experience with electric bike weights, installing the thick spokes, and may use a different lacing pattern to better fit the motor into the wheel.

Unless you’ve got a front hub drive system, this only matters on the rear wheel.  The front wheel doesn’t generally take as much abuse, so the stock wheel from your bicycle should be fine.

Disc brakes are essential if you ride somewhere with a lot of rain and grit.  Grit in your rim brakes will chew up a wheel’s braking surface in a hurry, and heavy duty wheels are a lot more expensive to replace.

The second layer of protection is the tire.  You want an armored tire - look for “urban commuter,” “kevlar belted,” “puncture resistant,” or something along those lines.  These tires have an armor belt inside the tread, and it protects the tube from an awful lot of the random sharp hazards that exist on the road.  If a shard of glass cuts into the tire, it’s less likely to make it into the tube, and the tread is a lot more likely to hold together.

All other things being equal, thicker tread provides more protection than thinner tread.  You don’t need (or want) a super thin racing tire for commuting with an electric bike.  A large, chunky tire with a lot of road-focused tread is going to last longer, ride better, and be much more road hazard resistant.  I don’t mean to suggest knobbies for riding on the road (they’re no good unless you’re commuting on gravel and dirt - they slide around a lot more on cold, wet pavement), but if you’re comparing two otherwise equal tires, the heavier one is probably the better option.

The third layer is the tube.  Yes, you should run a tube.  Instead of getting a regular tube, go out of your way to find a “thorn resistant” tube.  They’re a heavy duty tube that has a thicker layer of rubber on the tread facing side - so anything that does get through the armored tire is going to have to punch further through the rubber before it lets the air out.  They’re heavier, but it takes more to damage them.  Also, they offer a better sealing surface for the next layer: Slime.

The fourth and final layer is some sort of tire slime/goop/sealant - Slime brand, or one of the others.  Get the proper type for your arrangement - the tubeless slime varieties don’t work as well in a tube.  Put the proper amount in, and inflate your tires.

Tire slime is the last layer of defense for your tires.  The previous layers can’t protect against everything, and occasionally you just roll a series of 1s - something sharp and metal (like my nail) makes it through.  The slime is forced into the hole as the air escapes, and has a bunch of fibers and particles in it that clog against the hole as it tries to force it’s way out (sort of like blood clotting, but less biological).  If it’s not a catastrophic tire failure, the slime stands a really good chance of plugging the hole around whatever went through your tire, and keeping at least some of the air in.

If you’re running a tire with enough air, there’s a very good chance that the slime will keep enough pressure in for you to get home - or perhaps to a gas station to top it off.

You shouldn’t keep riding on it indefinitely, but if it holds for a little while, it’s likely to hold long enough to get you home where you can repair the tire in your garage, and save you some roadside repair.

Another thing to think about is your valve stem.  A puncture around the valve stem won’t be stopped by slime, and won’t be helped by any of the other suggestions here.

Be sure your wheel is smooth on the inside where the valve stem goes through.  A burr from drilling could easily rub through a tube and cause a flat over time.

Also, don’t twist your tire pump to get it off the valve - get a pump that has a lever to disconnect it.  The twisting motion can lead to valve stem failures.

If you can find a tube that has a metal valve stem that bolts in place, this is worth it.  They’re secured and don’t wobble about.

Finally, keep your tires aired up!  If they get too low and you fill them, you can end up with pinch flats.  The slime will help a great amount here, but it’s better to just avoid the problem in the first place.

Downsides of This Approach

The downside to doing all this, of course, is the weight.  And, initially, the cost.  This type of wheel & tire setup is heavy.  It’s slow to accelerate/slow down compared to a light tire setup, and you can feel the weight in the handling.  But, you’ve already got a motor and battery pack in the bike, so it’s not going to make things that much worse.  The power helps with the acceleration, you hopefully have large brakes, and the handling already isn’t amazing.

And, you might just get home with a huge nail in your tire.

Do you run something that works well?  Let me know in the comments!

Why I think Tesla is building throwaway cars 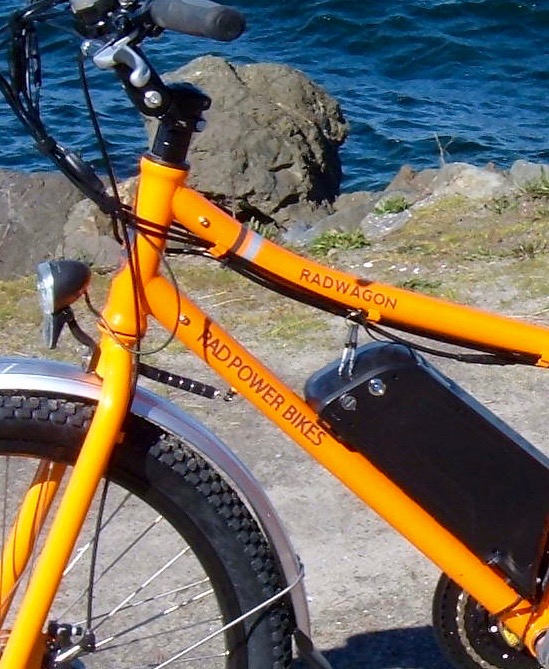 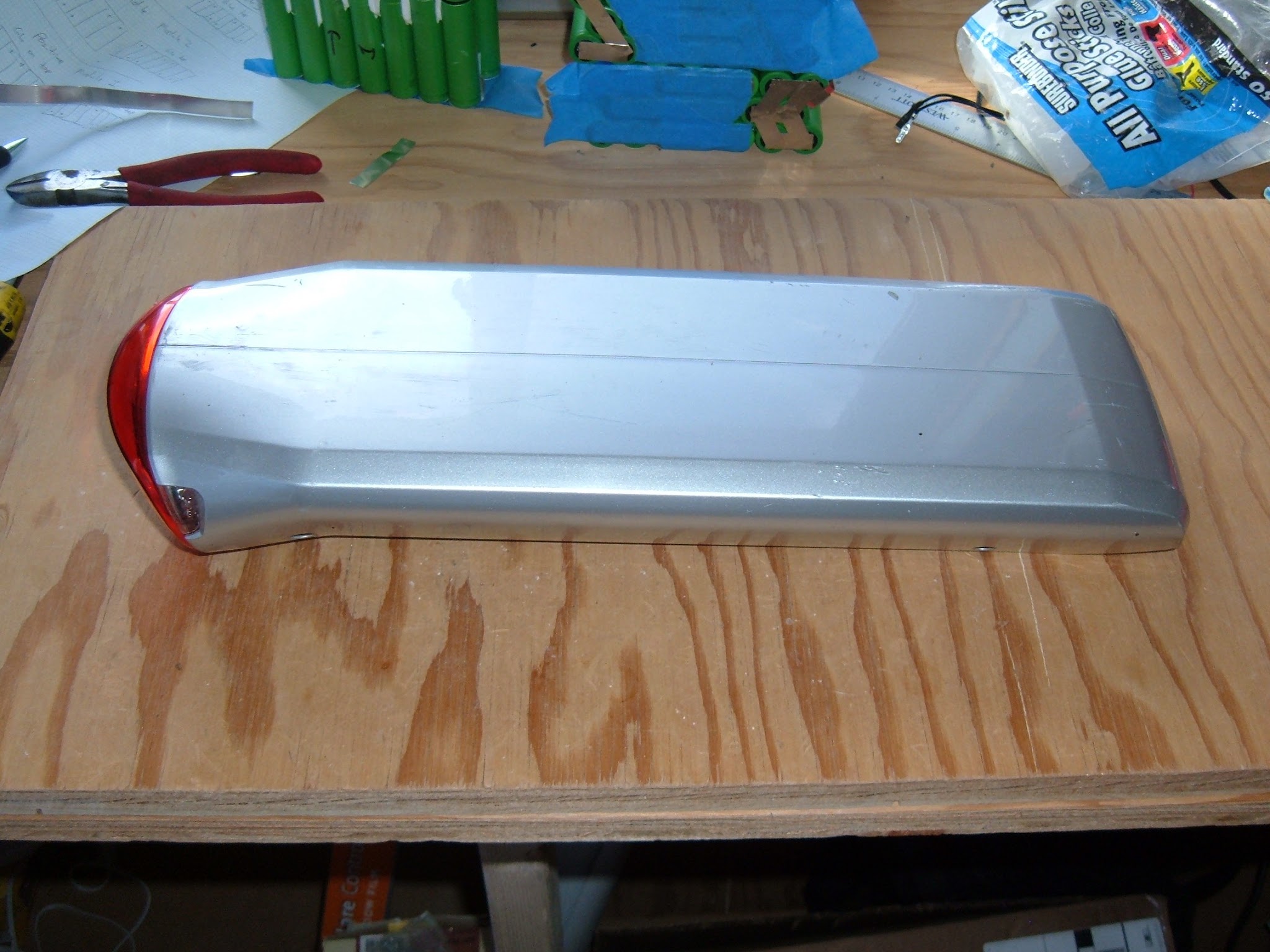