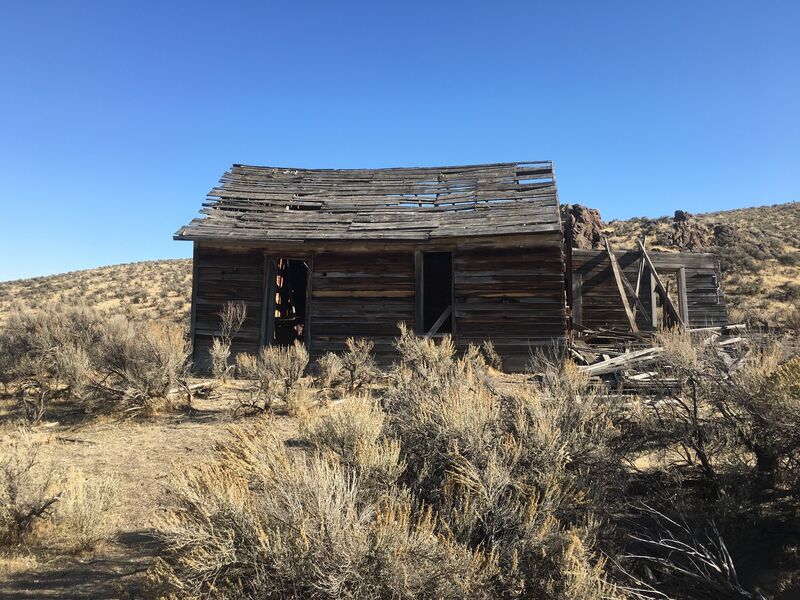 For your viewing enjoyment this week: Ultra-Rural Ruin.  This is an old cabin, easily over 100 years old, that is slowly being reclaimed by nature.  The right side used to be a room as of several years ago, but has collapsed since then.  The rest is very much showing signs of age, the roof is not quite intact anymore, and, well, you can see the rest.

It’s not my normal small electronics and battery related posts, but I promise it’s interesting!

“Ruin” - The Remains of Civilization

Places like this are fascinating to me.  I had most of a Classical Studies minor in college (I decided to graduate instead of finish that minor), and what artifacts a civilization leaves behind for 500 or 1000 or 2000 years are fascinating.  In many cases, the only reason anything is left is pure accident - we have a lot of tablets from the Palace of Zakros simply because the palace caught fire and baked the clay tablets so they couldn’t be reused.  And, beyond looking back at long dead civilizations, it’s interesting to look at our current civilization with an eye towards, “What will people think of us in 1000 or 2000 years?”  I’ll talk more about that later, but first, check out this cabin!

Overall State of the Structure

As far as I can tell, the cabin started as a single room log cabin with an addition added out one end.  The main structure (that’s still standing) is an interlaced log structure with siding on the inside and out.  The extension that’s collapsed is a more modern construction, with normal studs and walls.  There’s no insulation to speak of beyond the logs in the main section.  Given where this cabin is, I expect it was pretty cold in the winter!

The roof is no anything that resembles a “roof” - it’s just a bunch of separated boards that have huge gaps between them.  I have no idea what the original roofing material was - it may have simply been wood planks overlapped.  However, on the inside, the cabin had a flat ceiling at one point.  Many of the boards have come down, but it was a full ceiling, at one point.

Over time, the weather patterns have a significant impact on the structure.  One side of the roof was missing a lot more of the panels than the other side.  However, the side without much roof also had the wall standing from the addition.

Despite the overall rough condition, the exterior walls attached to the log framing are in great shape!  The wood is very obviously ancient, but it’s still solid, securely attached to the frame, and still seems like it would keep out the wind and rain.  If, of course, there were a roof.

The remaining upright wall on the addition isn’t in nearly so good of shape - the siding is still intact, but the wall is badly twisting and probably won’t survive another few years of wind and snow.  The difference between the log cabin core and the addition is dramatic.  And, of course, the other two walls of the addition have collapsed.

You know, this would have been a really, really nice cabin when it was still together!  It’s got a floor, a ceiling, and some very nice interior walls - over the log core.  None of it was painted (or, at least, I can’t find any evidence of paint), but this place was really, really nice.

Of course, now, the roof is destroyed, the ceiling has mostly fallen in, and the floor is covered with debris.  But the walls are still in good shape.  Massive log construction works very, very well!

This bench hasn’t held up particularly well to the test of time.  I don’t think it was built into a wall - I think it just eventually collapsed.  Possibly from getting crushed by ceiling wood, possibly just aging.  I’m really not sure what the failure here was, and I wasn’t going to poke around at it to find out (I didn’t particularly want to disrupt how things had fallen).

I have no idea if the windows ever had glass, but I’d assume they were covered with somethign or other, at one point.  Given the siding, I assume there was glass here, but I just didn’t find the evidence of it.  It may have been reclaimed at some point or other for other use.

The floor isn’t in great shape anymore, but it’s still mostly there.  Again, a hundred years ago, this floor would have been mighty nice!

The skeleton of the stove is still here.  The smaller pieces and chimney have been removed and (presumably) repurposed, at some point, but the main frame is still in place, and still in pretty good condition.  Rusted, sure, but it seems solid and isn’t anywhere near rusted through.  High desert does a good job of preserving, well, everything.  I don’t think this structure would be in nearly so good of shape in other places in the country.

On one end of the cabin, there was what seems to have been a later project - an extra room, built with a more modern framing style.  It’s not the same log cabin style as the main section, and, well, it’s not still standing either.

I haven’t had the opportunity to see this section when it was still standing, but it was apparently standing a few years ago, so the collapse is recent.

I have no idea what finally took it down, but in the collapsed sections, there’s just not much beyond flat boards piled on top of each other - nothing in the way of structure remaining.  You can see the siding coming off the main section as well.  This may have been added later - I’m not sure.

It’s flat.  I think the longer timbers still propped up were roof related, but I don’t know what the roof looked like originally, and I didn’t feel like walking around on the collapsed structure to poke around.  I’d rather not get a nail through my boot and into my foot, again.  Not recommended.

As far as I can tell, the floor is still intact under the collapsed remains.  There are some ordered boards under there that look a lot like flooring to me (visible in the center of the photo).

State of the Property

There’s not enough water out here for much in the way of grass, at least when I was there.  It may be more overgrown this year.

Old fencing in a dry climate lasts just about forever.  This should easily last another 100 years more or less in the same condition unless a fire comes through (which one will, eventually, but there’s not much to burn out here).

This might be a corner of an old outhouse.  Or a small underground container for storing food.  I think the outhouse is more likely, as this was the most obviously outhouse-like hole.

The primary structure of the walls is built from interlaced logs.  The logs aren’t fully notched, so there’s a gap between the logs.  This gap is stuffed with other smaller sticks and wood, and then (I think) mudded up with something to help seal the gaps.  This doesn’t have to be fully tight, however, because on both the inside and outside, there’s siding.

The siding is known as “shiplap siding” - it’s a precursor to modern tongue and groove siding, but requires less milling and was doable with the technologies of the time.  I assume it was hauled in, which must have been quite the challenge given how far from a city this cabin is!

Everything is nailed together.  Despite the age of the cabin, the nails are holding up just fine, and in the sections that are still together, there’s no indication of them pulling out (beyond a bit of board warping).

Inside the main area, the wood is still in pretty good shape.  This type of wood wouldn’t be out of place in your typical coastal former industrial building turned microbrewery.  At least while it’s nailed down, the wood is straight and, while aged, is still quite solid.  It has a good sound when tapped and I don’t think it’s at all rotted.

Looking closely at some of the ceiling boards, they’re clearly rough sawn from trees - you can still see the bark on the edge of some of the boards.  I’d guess a lot of this wood was sawn to rough size on site, and then simply used as-is.  I didn’t see any evidence of a sawmill, but something like that wouldn’t get left around particularly long.

I took a few pictures that aren’t particularly related to the collapse, but just seemed like interesting shots to take.

With a bit of work, you can convince a smartphone camera to take a nice tight shot of wood grain with the hills blurred smoothly!

How do you get to an old structure in the middle of nowhere via some really rocky trails?  An old Jeep is a good method.  Good luck dating this shot, if you didn’t have some other references!

No, it doesn’t matter the details.  Nature wins.  If nature hasn’t won yet, simply allow more time.  Give any structure long enough and you’ll be hard pressed to tell that there was ever a structure there.  Give any city long enough, and you’ll have a hard time telling there was ever a city.  Nature wins - but often has helpers.  During times of decline, anything of value is normally scavenged from structures.  We see this even during boom times with theft of copper and other valuable items from construction sites, but it’ll happen more on the way down.  Suburbia is a wonderful area to stripmine for resources.  A typical home has a massive amount of lumber, useful drywall, conduit, pipe… the list goes on.  Expect to see empty shells that have been entirely gutted more and more frequently - usually with neighbors who have no clue at all that the home was gutted.

It’s an interesting thing to think about.  Our current age, in the far enough future, will likely be seen as a dark age, because we leave nothing durable.  Our books are printed on acidic paper that disintegrates in a few decades.  Our digital data storage requires a massive, massive industrial supply chain to remain readable, and even then, much doesn’t survive (no, really, go read a WordStar document on a 5.25” floppy).  We just don’t leave that much behind that will serve as a durable record.

With that depressing thought, enjoy the week!  Next week will be a summary of the 40 days of no casual internet use, and then I’ll be diving into some very, very in depth posts on batteries and off grid power systems. 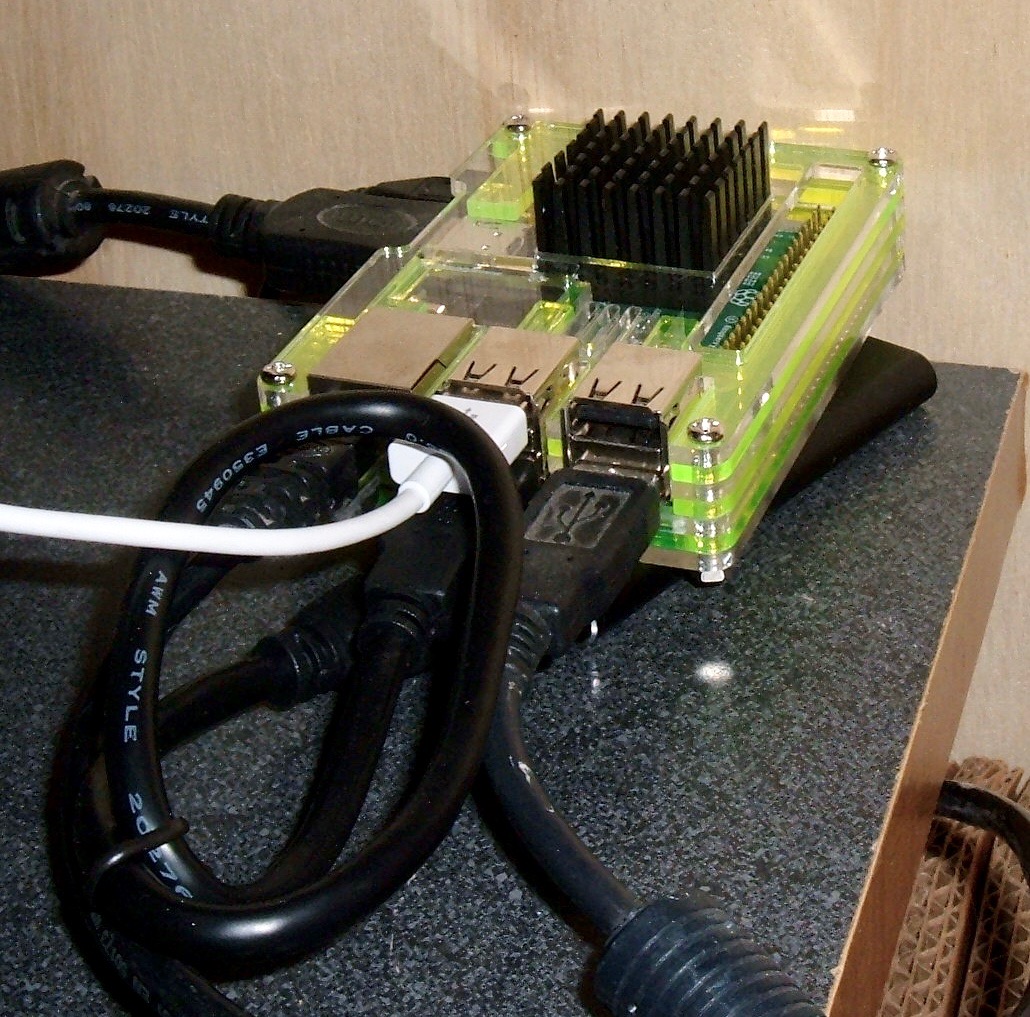 40 Days Without Casual Internet: The Results