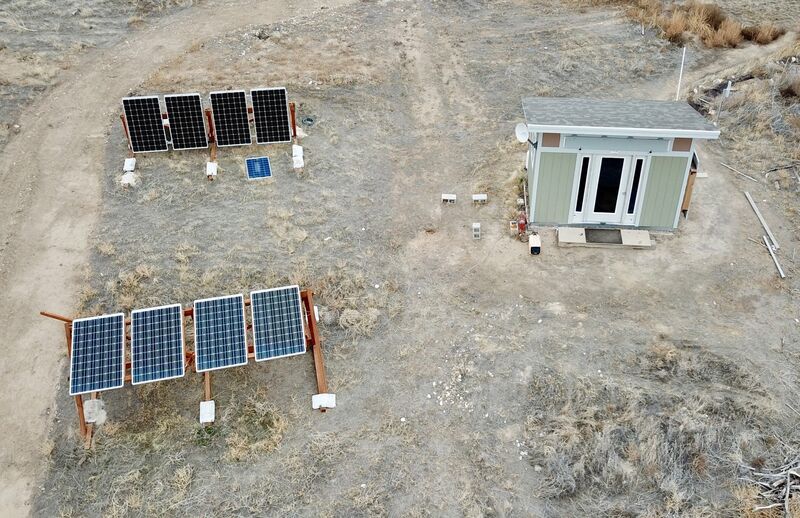 Well, 2018 has wound up - time for the annual reflection post, and the 2019 resolution post (combined this year for your reading convenience).

The big news in 2018 was the new kid - he showed up in June, and is doing great!  I also spent most of the spring working on a giant time-sink of a building that our church purchased - it needed a lot of work, and I happily dove in to work on demolition, rebuilding, roofing… everything that needed doing.  However, I didn’t get as much done around the property as I’d hoped for this year.

On the other hand, I’ve got some seriously large projects lined up for 2019 that will be documented in proper blog form.  So, keep reading to find out what comically absurd project will take my 2019!

My attempts at extreme distraction reduction have been hit or miss.  I’ve radically reduced my phone’s attractiveness, but I’m still inclined to go check email in the morning when I wake up.  Some days are good, productivity-wise, others less so, and I’m an awful lot less deliberate about it than I started the year.

I have tamed my email checking habit, though.  I check email no more than a few times a day, and it’s no longer open in a tab with any regularity.  This is a huge reduction in distraction.  I still spend too much time, overall, on a few particular distraction-sites.

The “no casual internet for lent” experiment was a great success, though!

Email volume reduction remains a huge, huge success, and I cannot encourage it enough.  I get on the order of 10-15 emails a day - total.  This includes order update notifications (which can be a bit verbose sometimes), communication from actual humans, promotional emails, blog comment notifications (seriously, spammers, give it up - you’re wasting your time and mine, because I’m not stupid and can tell that your comments with links are spam)… everything.  Some days are higher, some are lower, but I’ve successfully tamed my email.

If you still dread your inbox, try spending the next month unsubscribing (or marking as spam, if unsubscribe doesn’t work) everything that you don’t want.  Turn down notifications for services that spam you (Facebook is a primary offender here, though just about any social media network these days will spam your inbox if phone notifications don’t get you to show up often enough.  Read everything that comes in, and if it’s not something you actually care about, find a way to turn it off or remove it from your inbox.

I’ve not gotten that much done in the small electronics realm, though.  I’ve done some teardowns and analysis, but not much in the way of design work or implementation.  Mostly, I’ve been short on time and have had other projects keeping me busy.  Between the kid and the church building, I just haven’t had the projects that needed it.

The lawn is half dead, the basalt path hasn’t been touched, and I’ve not really done much stone splitting since the start of the year.  I spent my time working on the church building, and with family with the new kid.  If anything, the property has gone backwards this year, though I have at least kept the firebreaks clear.  I know I’ve made progress from the Property Progress posts, but it sure doesn’t feel like it.  “Holding even” is the best I’ll give myself.

I’ve written an awful lot this year, including quite a few long research posts.  I’m quite happy with the amount of writing I’ve done, though the time spent has been excessive.  I should really try to figure out a good way to track words written, because this year involved a lot.  I had several posts in the 10k words range (do people actually read those long ones?), with most of the rest still being fairly long.  I’ve learned a ton, hopefully shared some of that learning in an accessible form, and have spent far, far more time than is reasonable working on such things.

With 2018 out of the way, it’s time to look forward to 2019 and make some more concrete plans here that I’ll be using throughout the year.  The church building is usable, and while I still expect to do some project days here and there, I’ll have a good bit more time for the property - which I’ll need.

For “casual use” purposes, and “wasting time on” purposes.  Yes, I’m aware I’m posting this on the internet.

What I’ve realized is that using the internet as a “default time filler” activity just isn’t helping me towards my goals in life - for myself, for my family, for the property, for much of anything.  Arguing politics online, while interesting, isn’t actually a good use of time.  Paying attention to global news, for the most part, doesn’t help me get stuff done locally - and paying attention to things while they happen, instead of waiting for the dust to settle and the event to be understood, is even worse.  Yes, paying attention to the Gatwick drone news updates was interesting - but was it really better than waiting until the dust settled to see the results?

There’s nothing wrong with using the internet as a reference tool and way to get documents - I’m not going to find Outback Radian inverter manuals at the local library.  I certainly intend to use the internet for that sort of work, but the randomly clicking around Reddit, or various other forums?  That needs to go - it’s just not useful.  I’ve successfully dropped my social media use to nearly zero, but I still spend far more hours a week than is reasonable just “surfing the web,” as it were (a few sites, mostly, but still the sort of clicking around looking for something interesting that defines surfing).

That sort of use simply needs to go.  I experimented with restricting internet use for Lent in 2018, and quite enjoyed the experiment.  I’ve since gotten lazy about the results, and have slid back into older habits about internet use, with the associated increase in time wasted screwing around, or debating the merits of various charging rates for electric cars, or… whatever.

I’d rather spend more time reading books, writing, and interacting with people in person.  Plus, I flat out need that time for building all the stuff I plan to build in 2019.

Related, I’m going to be dropping back posting to every other week for the bulk of 2019, and I might be taking some breaks in the middle when I need to focus on other things.  The average length of my blog posts has been going up rather rapidly, which is perfectly fine, but they’re taking more and more time to assemble and edit - it can take me nearly a full day of solid work to put together a moderately long post, and some take far longer (the research posts often involve months of evening reading before writing about something).  I’m going to experiment with dropping back to every other week and see how that works out.  It also frees up some time for going out and being a bit more social than I’ve been.  As much as I don’t mind being a hermit on the property, I would like to be more deliberately social with some groups of people locally, and spending my Saturday evenings editing blog posts interferes with, say, getting out and playing D&D with a group of friends (we’ll see how a dwarf rogue with pyromaniac tendencies works out).  So, if you look forward to content every week, sorry.  It’ll be every other week, unless there’s a huge backlog of ready-to-post content I can’t wait to post.

This also will involve splitting up some longer posts - for suitably complicated equipment, I might do a teardown in one post, and a review in another.  I’ll see how it settles in, but expect somewhat fewer 10k word epic posts - I’m going to aim for 2k-4k word posts this year.  The combination of reduced frequency and length should rather substantially reduce the time I spend on blog posts.  I’ve enjoyed the challenge to create new content weekly, and I’m far better at writing than I was when I started, but the reality is that this blog creates very little side income (a $50 month is a really good month), and the time spent needs to be put to other projects for a while.  I’ll still document stuff, but there’s likely to be more in the way of teardowns and project reviews, less in the way of the long form research posts that I made in 2018.

However, that doesn’t mean I’m going to be doing less writing.  I’m going to attempt to take some of the freed up time and actually make progress on the book I’ve been (very slowly) working on related to shed office conversions.  The topic is popular enough that I would like to finish out some writing related to it and attempt to sell a book on it.

Finally, I want to try and put a bit more consistency into my mornings.  I’m really lazy about waking up if I don’t have anywhere to be, and I should fix this.  No, nothing bad happens if I roll out of bed at 8:30 instead of earlier, but it’s just sloppy.  I’m coming up on 40, and definitely have some silver in my beard if I look closely.

All of this is to make time in my schedule for the big 2019 project: home solar!  If you’ve followed my writing for any length of time, you might expect that I’m not just doing a basic roof mount grid tie system - and you’d be right.  I’m doing something far more ambitious - a battery backed hybrid system with large ground mount panel arrays.  I’ll be able to export surplus power to the grid, but I’ll also be able to run the whole property grid-down for extended periods of time if needed (at least, if I add a generator - the battery bank is a bit small for proper off grid use in the initial design).  This also includes the ability to self consume, load shift, and do other “interesting” things with power that I might find useful when Idaho Power manages to get rid of net metering.  Plus, I’ll learn a lot in the process!

I’ll be making some upgrades to my office system as well - I plan to trial out a few things over there before committing to large scale production by the house.

Expect something similar to my shed build series - lots of photos, lots of detail, and more than enough information to be able to tackle a similar project yourself! 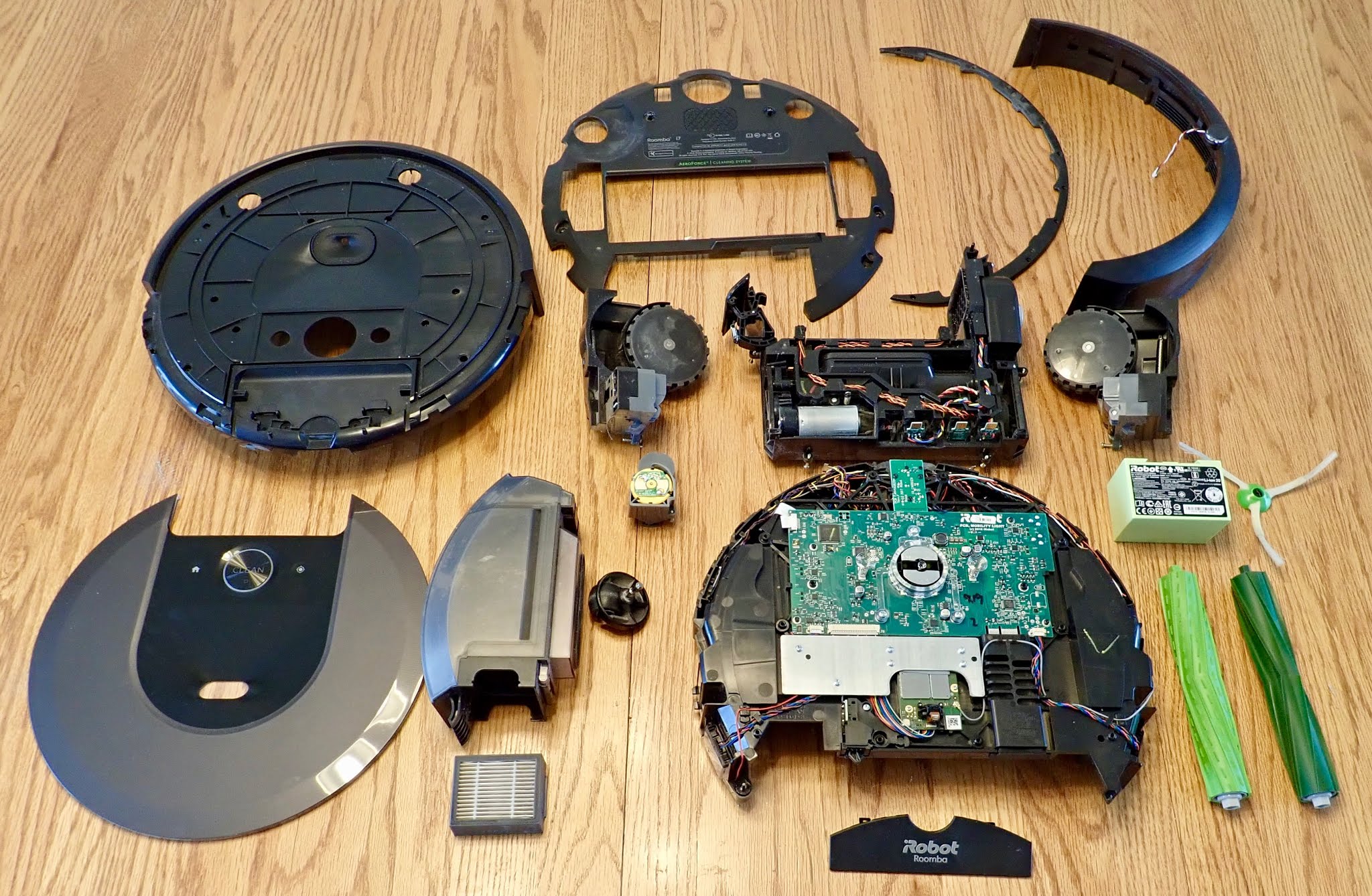 Roomba i7 Teardown: Why is there a waving cat with a lint roller inside? 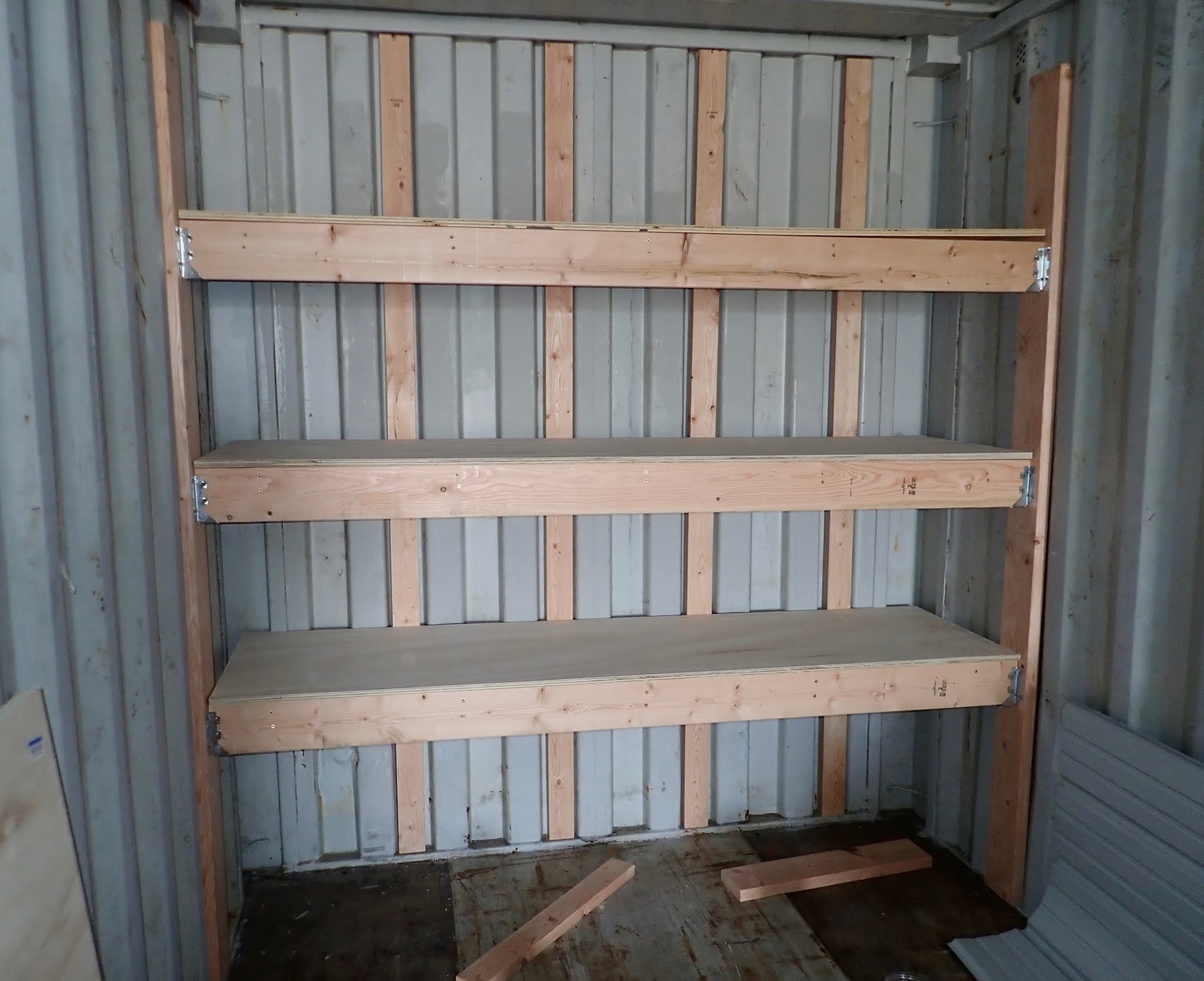