40 Days of No Casual Internet or Smartphone

I’ve decided to try an experiment.

Our church has a 40 Days of Prayer period coming up, leading into Easter, more or less lined up with the traditional Lent period.  It’s intended to be a time to focus, to pray, and to grow closer to God.

This year, I’ve decided to try the experiment of giving up on what I call “Casual Internet Use” for 40 days - which includes “casual smartphone use.”

Am I crazy?  Probably, though I’d argue not for this particular reason.  But if you’re curious, see what I’m planning, and consider joining me!  If you have no interest in giving up anything for 40 days or so, well, this post probably won’t be worth much to you.

Those of you who are older, remember back… say, 20 years ago.  It was 1998.  Windows 98 had just come out (“Slight updates to 32-bit extensions and a graphical shell for a 16-bit patch to an 8-bit operating system originally coded for a 4-bit microprocessor, written by a 2-bit company, that can’t stand 1 bit of competition” - and it was mostly true 20 years ago).  Trumpet Winsock was still a thing for some people.  The internet existed, but it was probably still dialup (DSL or cable if you were lucky - Weird Al hadn’t even blasted out “It’s All About the Pentiums,” which refers to installing a T1 line in one’s house - a whopping 1.54Mbit).  Cell phones existed, barely (they were mostly car phones, and handled making phone calls at absurd per minute rates).

While there was plenty of “stuff” on the internet, it wasn’t the same level of deliberate addiction-forming services as today.  It was a slower time.  Livejournal didn’t even exist yet, and MySpace was still 5 years off.  On the other hand, people still hadn’t figured out that animated gifs were not “auto-awesome,” and that the more of them you had, the more awesome the webpage.

Fast forward to 2018, and the internet is everywhere.  Constantly.  We’ve got faster internet access in our pockets than we did at home 20 years ago.  Downloading “MP3s” was a long, slow process on dialup (possibly sped slightly by a school’s T1 line and using zip spanning to get them home on 1.44MB 3.5” floppy discs), and now we have streaming music everywhere we go.  As I write this, my cell phone can pull down 10Mbit - through the air.

I’ve been working, over time, to reduce distractions in my life, and I’m now at a point where I’m curious about just how much of a distraction “casual internet use” is.  So, given a good excuse, I’m going to cut it out and see how things change.

What am I defining as “casual internet use”?

Basically, non-productive time on the internet.  Or on a cell phone.  I’m quite certain I could simply put my cell phone down for 40 days, but I’m also certain this would annoy other people greatly as people do, occasionally, try to call me, text me, or otherwise contact me on my phone, usually for somewhat time sensitive things (such as confirming who is towing the church trailer, or where people are meeting tonight for some event or other).

I’ve already cut down my cell phone use substantially as part of my 2018 New Years resolutions, so there’s not as much to cut away here.  I’m planning to limit my phone to “direct personal communication” and maps.  That means ways to contact another person directly - phone calls, text messages, Hangouts, etc.  And I’m OK using it for maps, though I generally try to look up where I’m going and then get there without using active navigation.  It’s a skill that I used to have, and am slowly relearning.

Tempting though it is to just disconnect the internet for a month and a week, this isn’t something I can actually do (without serious consequences to the rest of my life).  I do still need to check and respond to email, I do make some of my living working on “internet things,” and I have no intentions of quitting writing for a month (nor do I feel like writing on paper and transcribing - though I hear this works very well for Neil Stephenson).

Looking things up for work is fine.  Access to the various sites I use for writing is fine.  Blog post related research is fine, if intentionally limited somewhat (I have something like 70 drafts, many of which I should finish out).

Email is also acceptable.  I’d like to report that my 2018 resolution of reducing email volume has been incredibly successful so far, and I now get “a few messages a day” (typically less than 10 - total).  That’s great, but I’m going to restrict my email hours for this period.  I’ll check email at the start of the day, and in the evening.  That’s it.  No regular email checking, no leaving Inbox open, etc.  It’s an asynchronous mechanism of communication, and I intend to make it that.  If someone really needs me, they can call me.

Or find me on Hangouts (which is direct personal communications).  Or IRC (yes, that’s still a thing, and, yes, if you look in the right backwater corners of the internet, I’m there - IRC is entirely unchanged since the 90s and it’s a beautiful thing).

The goal here isn’t total elimination of the useful tool that is the internet.  The goal is to change it from being an all consuming feed back into being a tool - something one uses for a certain purposes, as opposed to being a destination and journey, all in one.  You can’t get to the end of the internet.  I’ve tried, and, despite rumors, it takes more than a few lifetimes to get there.

What am I going to do with all the time I free up from this (which, I expect, is more than I’d really like to admit)?

Read.  I’ve got an awful lot of reading I’d like to get done (I read a lot, but there’s always more books out there).  Mostly, long form reading - books, absurdly long articles that I’ve saved to Pocket and my Kobo, stuff I haven’t made time for.  Read through parts of the Old Testament I haven’t read in a while.

Write.  Blog posts.  Books I have in progress.  Long form stuff.  I still intend to publish posts the next few weeks.

Play.  It’s getting warmer out, so I should spend more time outside with the kid!  Plus, moving dirt with my old tractor is a fun way to spend evenings.

Learn.  I’ve built a basalt working bench.  I have piles of rock to shape into something I can build with.  I know almost nothing about working stone, but I can swing a hammer for an hour or so a day and learn.  I do wish I knew some local stonemasons.

There are lots of things that one can do without the internet, or without the distracting parts of it.  I’m sure I’ll find plenty to do!

At this point, a few readers may be thinking that I’m proposing synthetically going backwards in time (at least for a while), to before when the internet and cell phones were predatory and addictive things.

I’ve been working, for the past two years, on distraction reduction and better uses of time.  It’s been an interesting project, and I’m very happy with the progress I’ve made on that front.  But, yes, it does involve looking at modern technology and sitting down to evaluate the benefits and the costs.  There are more posts coming on this topic soon, but I think modern smartphones are somewhere between evil and predatory, as commonly implemented and use.  That doesn’t mean that one should entirely abandon them (though there are certainly people who do this and report being very happy - I still have friends with flip phones who can’t imagine “upgrading”), but it does mean one should evaluate what’s on it.  Is being heads down in the internet every waking hour really a good thing?

Social media, forums, advertising and lots of other bits of the internet are the same way.  They may start out as useful tools, but they are designed to be addictive (“Police hate her!  Local mom discovers amazing new way to…” is just exploiting brain quirks for clicks).  That’s the modern way to make money - create some new platform, make it more addictive than the last addictive platform, and venture capital and funding round your way to some absurd valuation.  Then sell, and… boom.  Retire.  Or start another company.  Wash, rinse, repeat, retire.

All that said, I’m also quite biased by my projects recently.  The average age of vehicles I own has been rapidly trending up, mostly from stuff I’ve found at a relative’s property and snagged for my use - and I like their simplicity and honesty.

And I’m halfway seriously considering restoring a travel trailer that’s as old as I am.

Yes, I’m drifting backwards in time.  But I like it!  Old equipment is very, very different from today’s computers.  I can rewire the 9N in an afternoon.  The trailer is almost as old as my parents.  But they all still work - and, since I live in a very dry environment, they’re all still in pretty good shape!

I don’t expect to make my devices “casual-use-proof,” but I can make it harder to pick one up and do something casual.

For my general purpose computers (mostly OS X), the Self Control App is a great help.  This lets you block websites with firewall rules for a configurable period of time.  I’ve been using it, and continue to use it, with a few more aggressive settings (add my webmail client and a few more websites).

For iOS devices, the premium version of 1Blocker is working fairly well.  In addition to removing a lot of the crap on web pages (occasionally breaking them, which is fine with me), it allows custom URL filters that can block other websites.

I’ll follow up after the experiment, but I’d hope to find a lot of otherwise occupied time for the purposes listed above.  And, hopefully, spend less time on the various casual sites later.  They’re often interesting, but not always useful.  I’ve got enough projects that need time, and they’re better uses of time than arguing with someone on Reddit.

I’ll see how it goes!  Are you willing to try something like this?  Join me and let me know how it works! 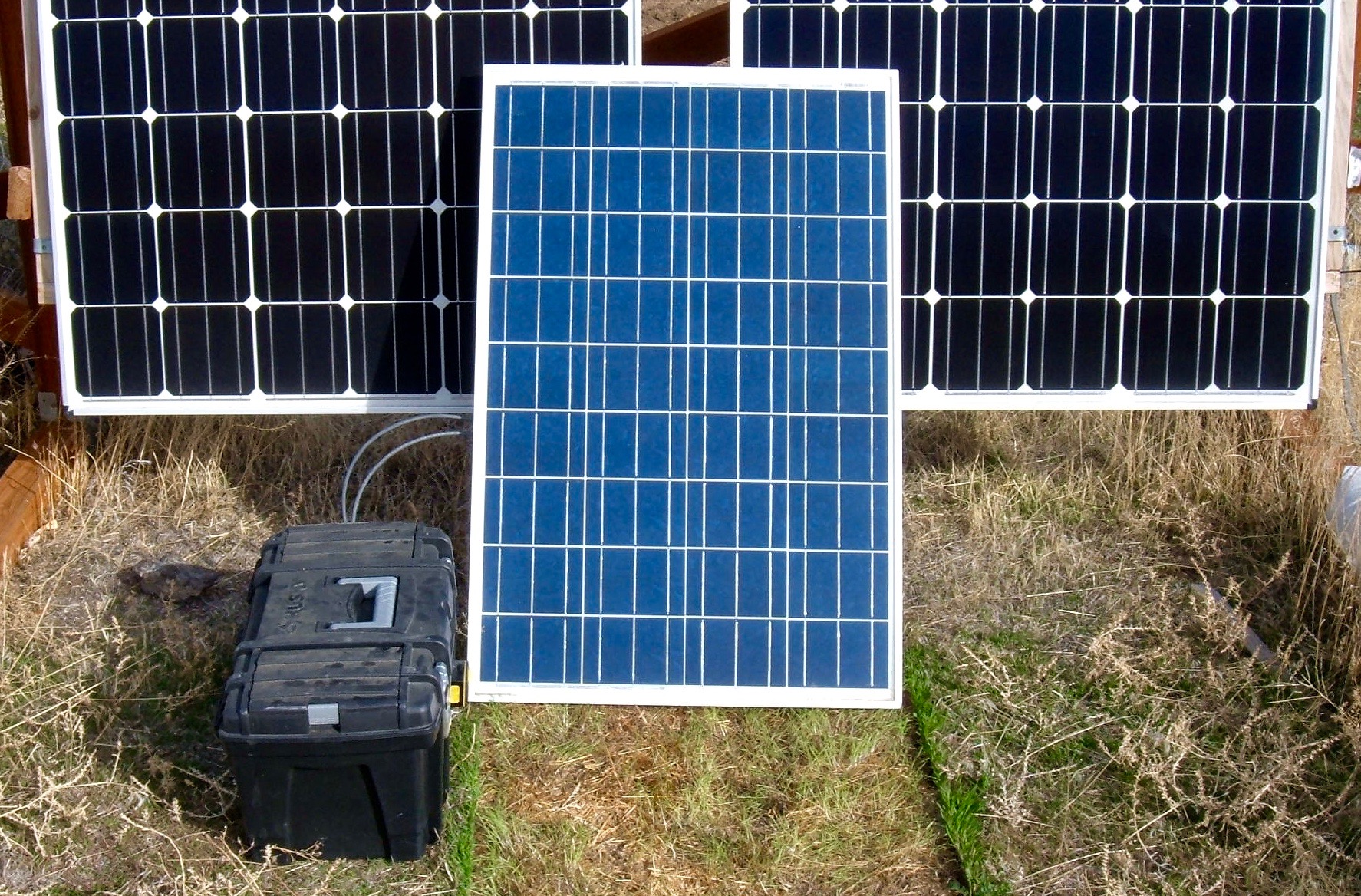 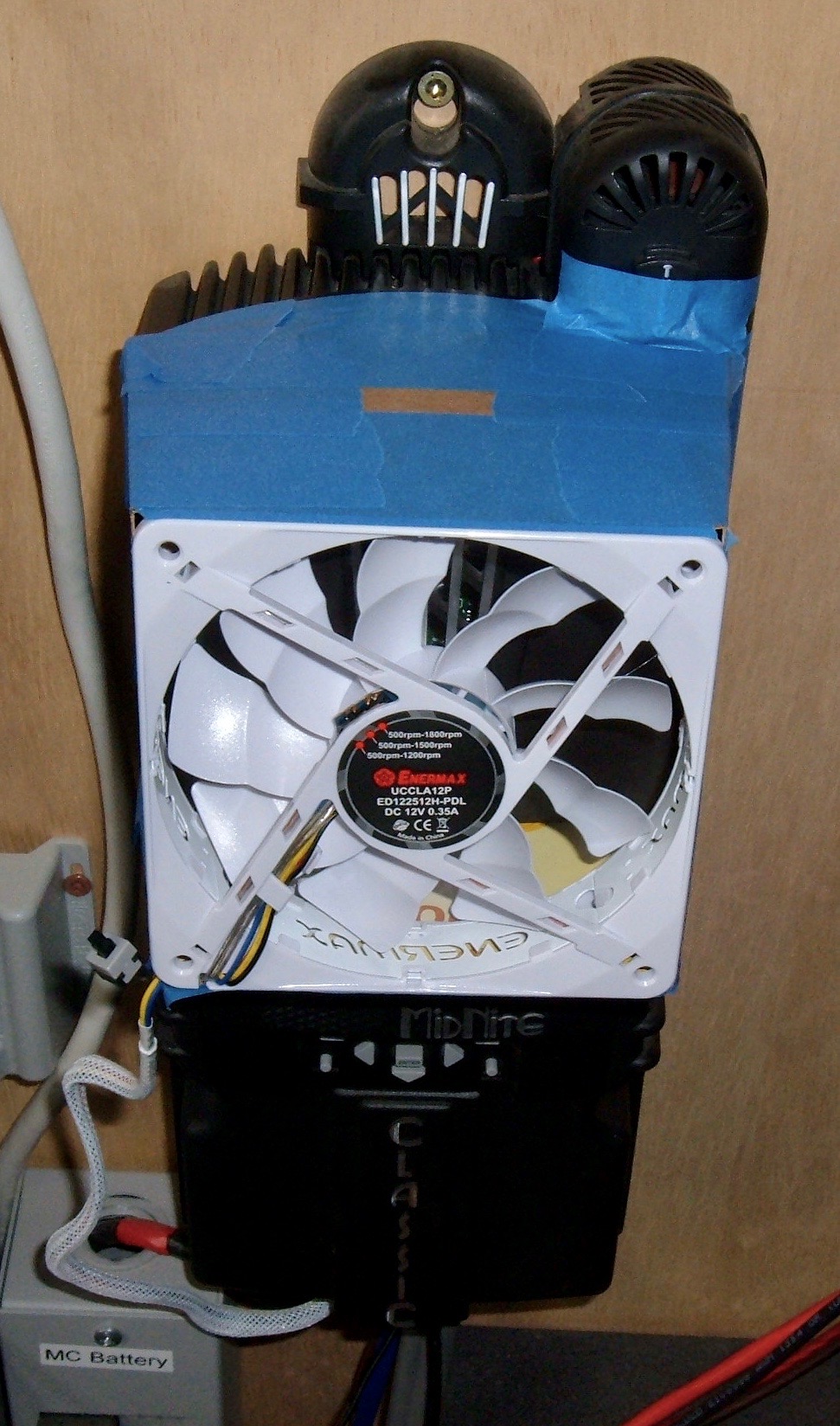 Project Midnight Calm: How to quiet a MidNite Classic Charge Controller for $9