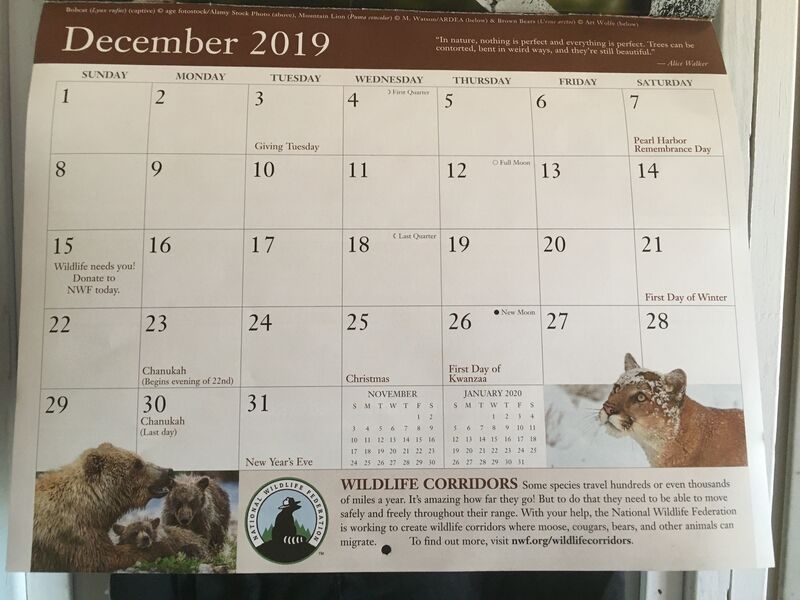 Another year over.  Another year starting.  And this means yet another annual reflection blog post!

I know the answer - he’s about 18 months old and insanely active, but it still feels like the year slipped away without leaving much of a trace.  Just keeping up, not really making good headway on anything.  We had a lot going on, but keeping up with two kids took an awful lot more time than I’d anticipated.  But, I’ve still had some fun!

My big plan for 2019 was to install solar.  I don’t have solar.  I do, however, have a large pile of solar panels awaiting installation.

I spent the better part of 2019 beating my head against various issues that I might detail at some point, but the nutshell summary:

The end result of all this was that costs for a battery backed system were starting to spiral deeply into the absurd.  It’s not that I couldn’t do it, it’s that the costs to do it were just going bonkers.  Sure, for $100k, I could do it… but that’s just stupid for my grid-tie needs.  I can come up with far, far better uses of the money.

So, things are being rejiggered and refactored, and I’ve got a far simpler setup in process that should, hopefully, pass plans review and let me actually build the darned thing.  No, I won’t get the full tax credit I would have last year, but I’ll still get something.  I’m also splitting the project into two parts - the “plans review” part that does as little as absolutely possible, and then a separate transfer switch project that doesn’t require plans review and ends at a plug.

Plenty of lessons learned, though.

Part of the reason I dropped back to posting every other week in 2019 was because I had a better use of my other Saturday evenings - D&D.  Pathfinder, specifically.  I rolled up a dwarf rogue that, over time, became an oddly effective ranged damage dealer.  My stealth was insanely high, I invented some bonuses to stealth the DM allowed (covering myself in ashes down in dark dungeons), and I took various feats to get me multiple shots per combat round and rapid reloading so I could make use of them.  The net effect was that, if all went well, I was able to hide in the shadows, dealing sneak attack damage against flat footed enemies.  There were some encounters in which I was pretty much the only party member who could actually hit some of the enemies (short of a crit).

Said dwarf, however, developed somewhat sticky fingers when it came to sharing loot with the party, and developed an obsession with the concept of explosives.  This, combined with a lack of sharing relevant information after having snooped around a house (but mostly an incredibly inconvenient “1” rolled) led to the capture, sacrifice, and public display of a quite dead dwarf that never could quite get the hang of melee combat.

Practically?  This meant every other Saturday evening, I went over to a friend’s house, ate tasty food, played around an epic gaming table, and told entertaining stories punctuated by the clatter of rolling dice.

I’ve written somewhat more in depth about this previously, but a good D&D group is absolutely worth finding if you play!

In 2019, the Volt used about 70 gallons of gas for an awful lot of driving.  One of the downsides of living somewhere outside of town is that trips into town involve quite a few miles.  A round trip into town is 20-30 miles, depending on where in town we go.  The purpose of the Volt, which it’s handled wonderfully, is to make those trips almost entirely on battery.  I’ve written a good bit about the Volt previously as well, and I have to say, I’m incredibly happy with how it works!

Recently, I added 240V charging to the car.  It’s not a crazy 50A circuit, because the Volt won’t pull more than about 14A - just a 20A run for faster charging.  It won’t change that much over 120V charging in terms of fuel use, but it does mean that we don’t use gas on winter evenings (with more heat use), and it means the car can usefully preheat before we head out.  It can warm up everything on “shore power” far better on 240V than on 120V.

Flying: I should do that…

One thing that fell by the wayside a bit in 2019 was flying.  I flew, but not often, and not at all regularly.  Some cross country hours, some fun solo trips, but nothing much in the way of family flying.  However, very early in 2020, I did get the whole family up, and they greatly enjoyed it.  This is no surprise, as the 18 month old absolutely loves anything with tires and an engine, and everyone else already enjoys flying.

Potting about the sky at 90kt is fun, but pointing your nose somewhere and cruising at 135kt (155mph) in a mostly straight line really starts pulling distant points closer.  I’m checked out in the 182s, they have big fuel tanks (80 gallons) and long legs (800+ miles nonstop), so, if the weather is nice, I can just go places.

That said, I really should start my instrument rating so I can go places in worse weather.  But that’s not going to fit in 2020.  Maybe 2021.

One of my resolutions for 2020 is to remain 90-day current at all points through the year.  So far, so good!

With the exception of a recent post about resolving some water ingress issues, I haven’t written much about my office because there just hasn’t been much to write about.  As much as anything does, it just works.  I use a bit of generator in the winter, I use a bit of propane in the winter, adjust my energy use to the available sun, and… just use the space.  It’s a great space for concentration, deep work, electronics analysis, battery pack building… the works.

The only recent addition to the inside has been replacing a pile of boxes with a plywood shelf for a computer mouse and other assorted stuff.  The hazmat shipping boxes finally got moved out to the shipping container.

I’ve continued my “bolt random stuff on the north face of my office” project over the year, and the back is starting to fill in nicely.  Lots of random dead circuit boards and similar parts up there, along with some metal signs, outdoor art I find places… it’s a nice project!  It beats throwing some of the scrap away.  It’s art!

My main goal for 2020 is simple: Actually finish some of the big property projects I have planned.  Put solar in.  Put a deck in.  Replace the “temporary stairs” that will have been in place for 4 years with something nicer.  Finish some office tweaks.  Just get stuff into better shape so we can do things we want to spend time doing.

One of my real issues was that I only had one project going at a time in 2019 - and when solar got choked in red tape, I really didn’t have anything else to fill the time.  I did things like playing through the 2016 Doom (which, by the way, is quite solid).  I intend to parallelize project design work in 2020 such that if one project is blocked, I can go work on another.  Replacing the temporary stairs is an easy gap filler, and finishing my hugels is another one.  If I get the design work done, I can work on them in pieces as I have time.

But I need to be spending more time outside, in the sun, actually working on things.  Less time screwing around on the internet, even though I’ve radically reduced that over time.  Except for this blog…

The Internet is a Silly Place

Finally, and I’ll be talking about this more in a coming post, the internet has just gotten to be a silly place.  If it’s not weaponized against your attention, it’s just gotten silly and aggressive.  The less time I spend on it, the happier I am.  Anything important still filters my way, but I’m fine with waiting a bit longer for the information to filter in.

So I’m happy to spend less time on it.

I intend to generally continue blogging in 2020, but at this point, I may just skip some weeks if I don’t have anything ready to go.  We’re trying to be more aggressive about having people over for dinner and games, and that often falls on a Saturday (such as today, which is why this is an early post).  I’m comfortable with recognizing that my blog just isn’t going to take over as a main source of income, and after several years of effort, it’s time to set the blog priority dial properly - which is, below some other stuff in my life.

I’ll still suggest signing up for the blog’s email - over in the right column.  Put your email there, and you’ll get a copy of the blog posts in your inbox!  My Twitter account is pretty far behind, because automated posting to it stopped working and I just don’t remember to do it very often.

What are your plans for 2020?  Anything interesting? 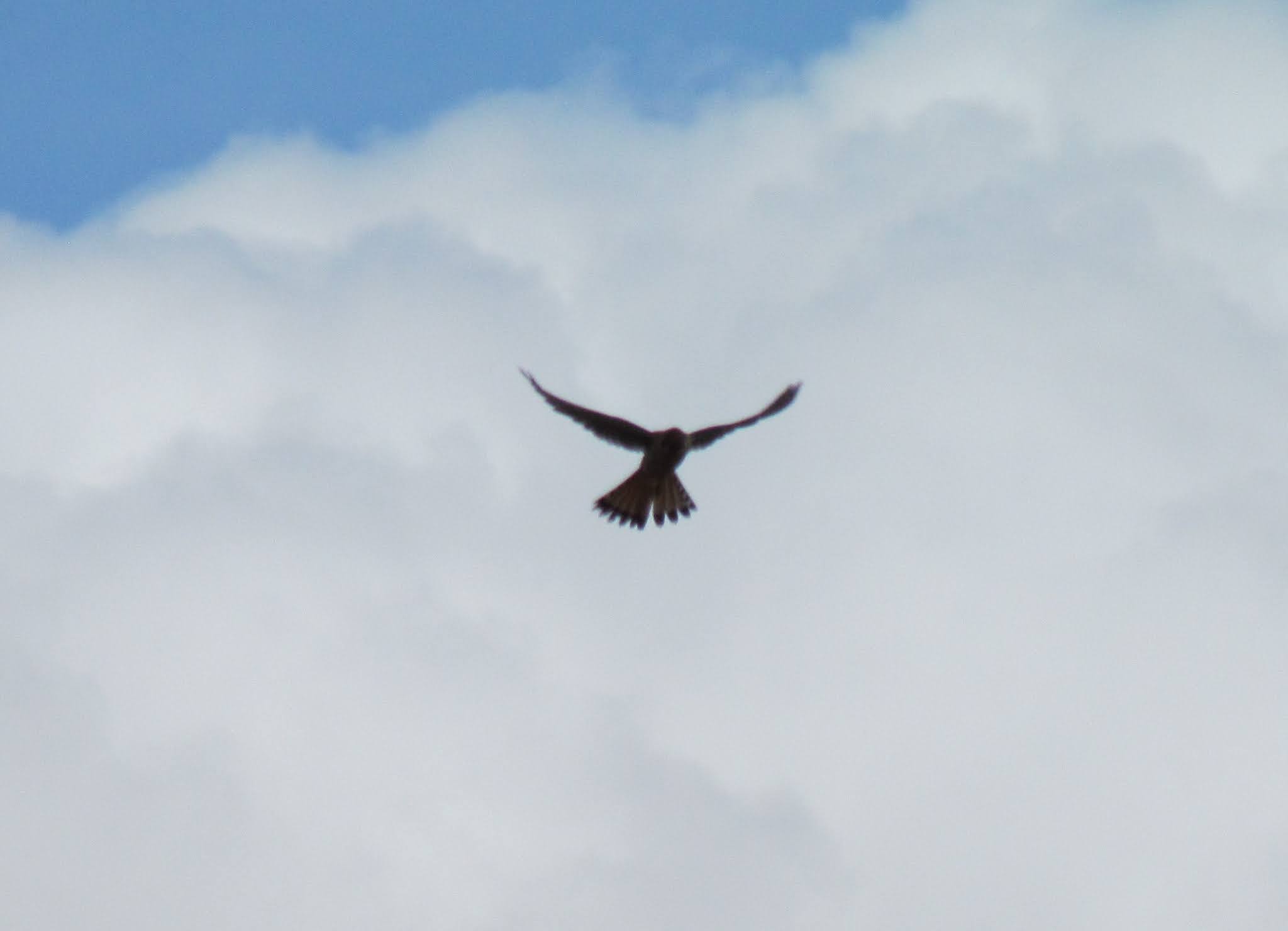 Happy 4th of July in a Dying Empire!